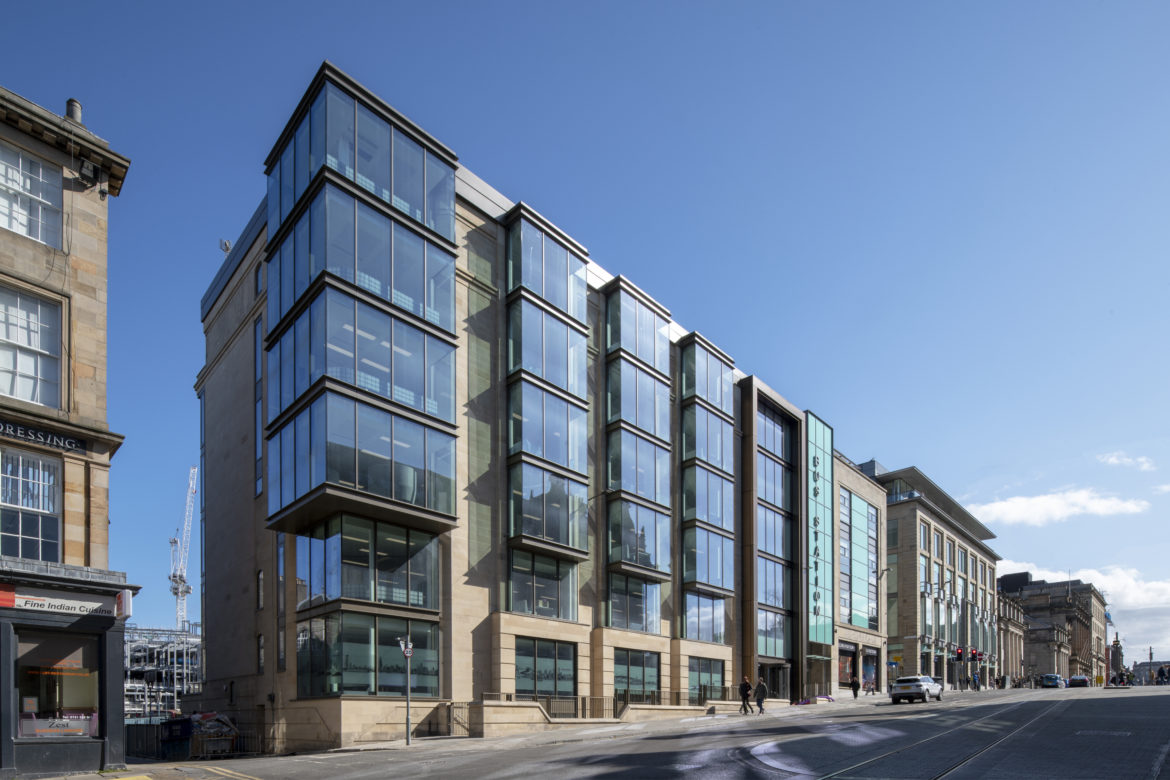 Purchased in spring 2016, the speculative redevelopment has created 41,487sq ft of modern office space in the middle of Edinburgh.

During the construction, the property was pre-let to Computershare on a 20-year lease.

The specification features new stonework facades, replacement walling and windows, new mechanical and electrical systems and a refurbished interior throughout.

We saw the potential the building had, in respect of location and flexibility, and believed this would offer truly fantastic office space for a varied and wide range of companies.

“The property has helped to expand our Central Belt portfolio and we are delighted that Computershare saw the opportunity we were providing for a contemporary office in the heart of Edinburgh’s City Centre.”

The redevelopment follows on the back of continued expansion by Knight outwith its original base in the North East of Scotland and into the Central Belt over recent years.

The 4 North project, Knight’s largest development in the centre of Scotland so far, was awarded Deal of the Year at the 2018 Scottish Property Awards.

Barrack says: “It was an office building before and had a selection of tenants, but it was outdated and not energy efficient, so the work has been transformational.”

Barrack says such a major overhaul required getting the fit-out right, particularly as the redevelopment work was speculative.

He explains: “We spent time in London viewing the latest projects to see the innovations being brought in, what tenants wanted, in terms of internal and external designs and new materials, to make sure that the finishedproduct would be a response to market needs.”

Work started in June 2017 and the deal with Computerserve came very shortly afterwards, so the fit-out was tailored to suit its requirements.

Knight plans to retain ownership over the lease, according to Barrack, saying: “It’s a prime bit of real estate and we have spent a lot of money on it.

“The base build that we have carried out means that the building can be tailored to a company’s needs in the future.”